6 things to say when asked about The Athletic

Daniel Ayers digs in to the big launch everyone's talking about

The last few weeks have seen plenty of talk in sports media about the UK launch of The Athletic because, let’s face it, there’s nothing journalists get more excited about than their own industry.

The Athletic is a sports news, features, podcasts and community product consumed via their mobile app but also available on the web.

It’s a subscription product: £10 per month if paid monthly, or £60 when billed annually - or right now, £30 if you take up their 50% discount launch offer.

Since their US launch in 2016, The Athletic has always had a focus on local sports coverage; hiring beat reporters with an existing following, to provide dedicated, well-informed coverage on the local team(s).

Monday August 5th saw that launch arrive and there have been plenty of angles to the coverage: from internal industry interest in who’s been poached to analysis of how the start-up’s numbers stack up to non-poached writers wishing them every success.

Several 7L staff are enthusiastic subscribers but success is far from guaranteed; here are some of the reasons we think they’ve got a strong chance, but also the challenges coming their way.

Why it can work

The market for Premier League football coverage is not niche. In fact there’s no area of UK sports coverage that’s more saturated.

But holy overlays, the presentation of content by 90% of the market is truly dreadful. Line up the ad-free Athletic against the mobile web experience of most publishers and the difference is extremely stark. 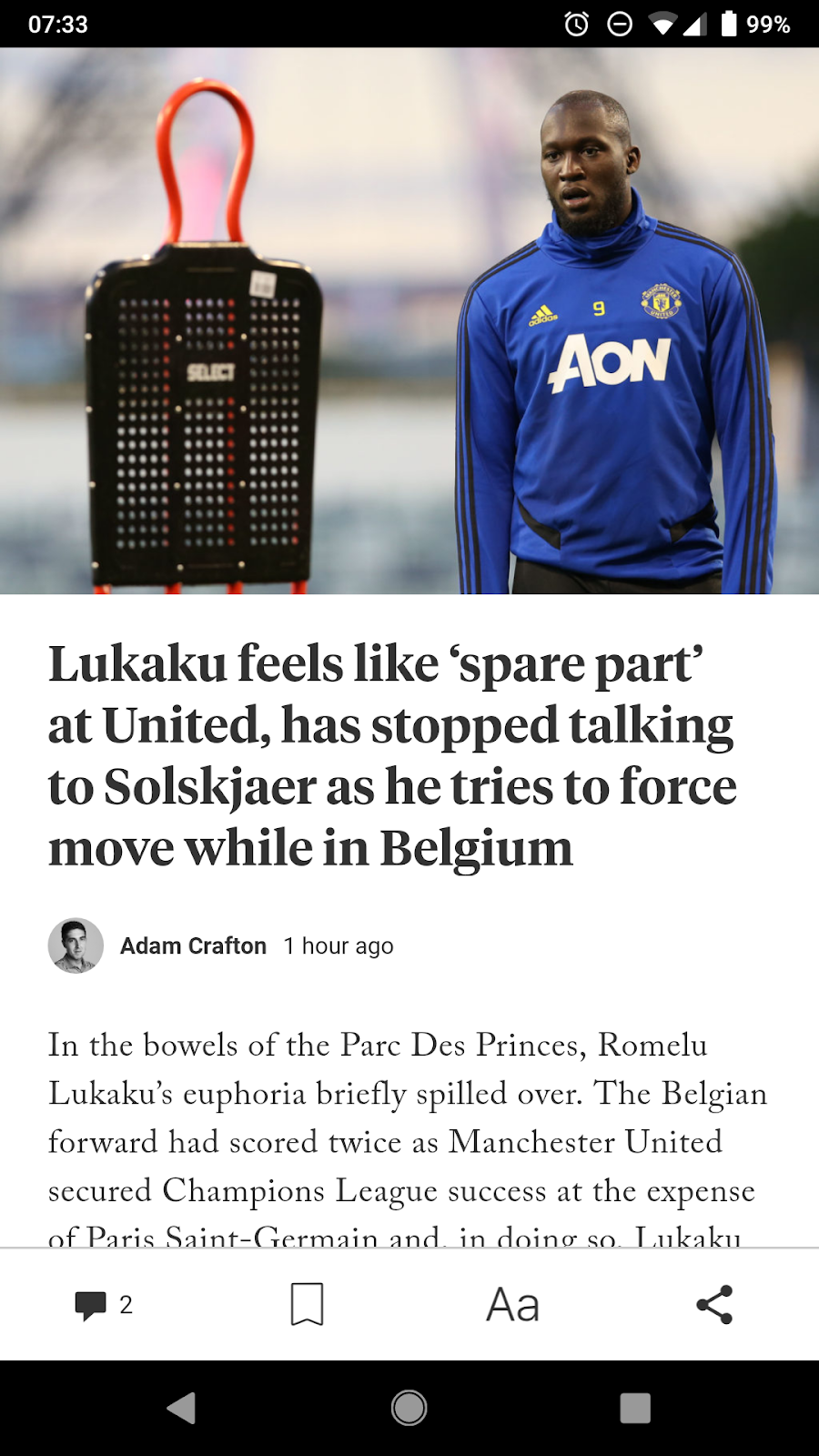 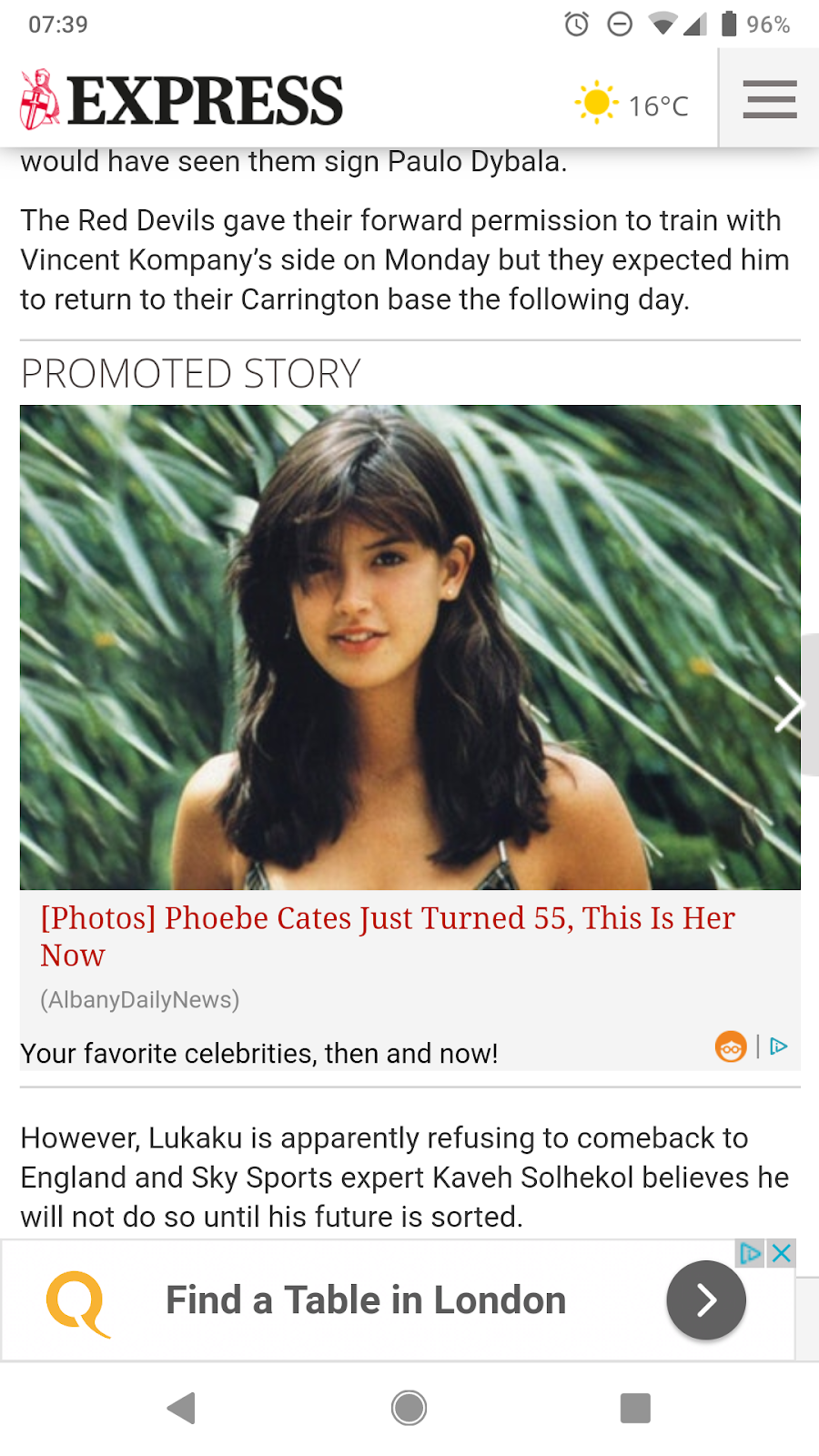 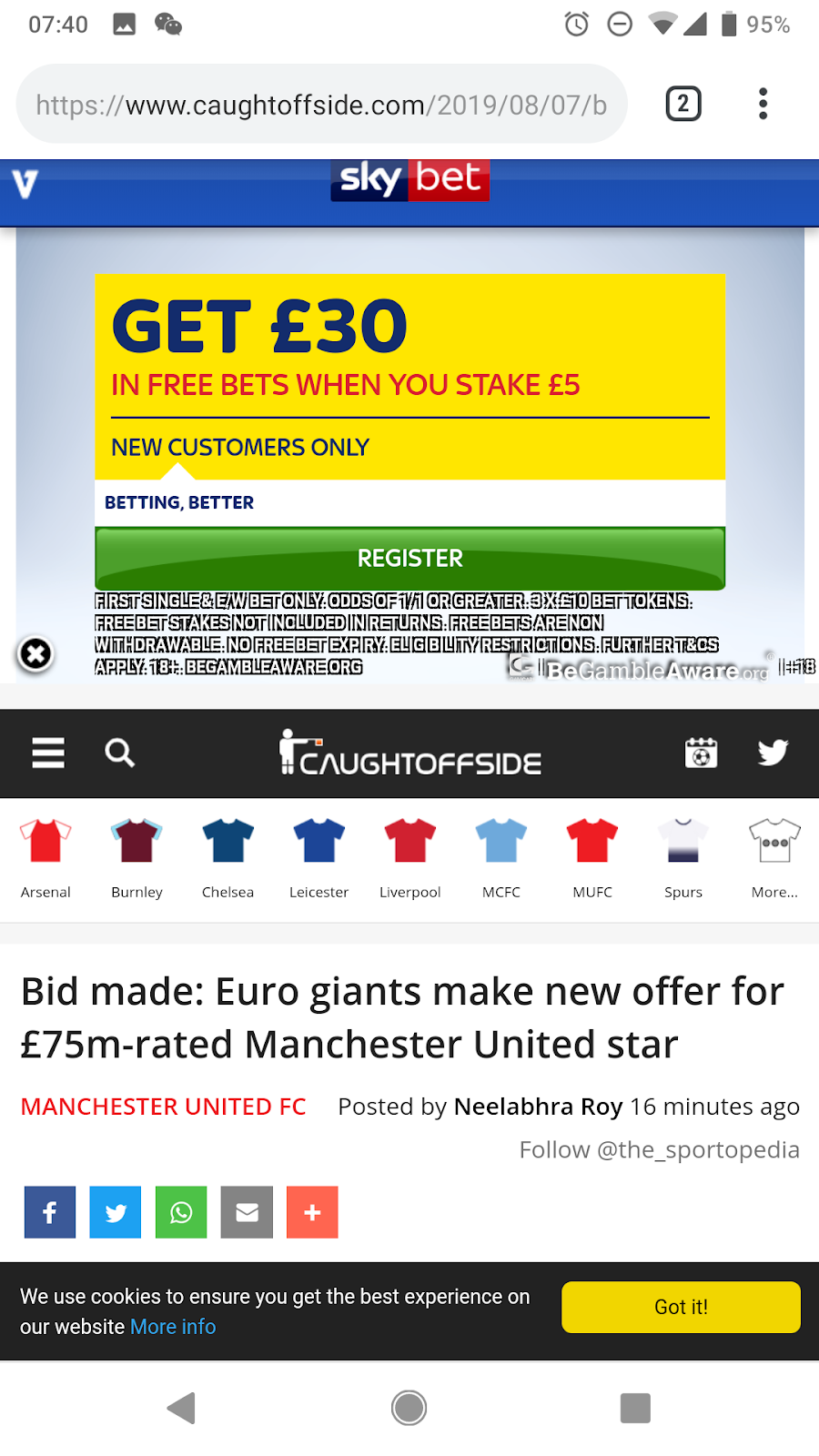 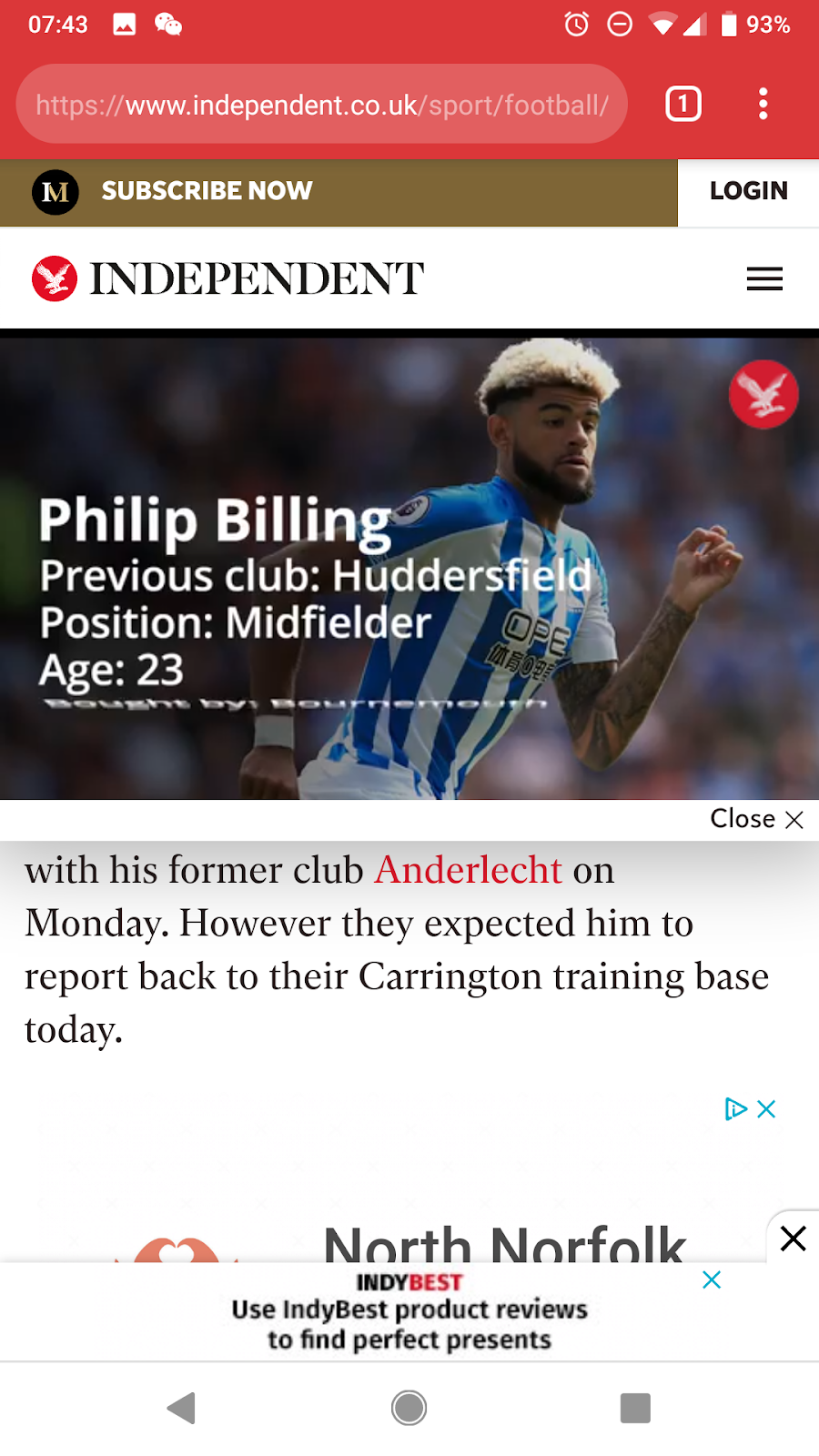 From a user-experience perspective there is no contest here.

The only free UK publications who can compete are The Guardian (not ad-free but nowhere near as bad as their peers) and the BBC.

A race to the bottom for via terrible ad units is not unique to sports sites, but this is arguably the first time an attractive sports alternative has been made available where the price-point feels worthwhile purely to escape the ads.

The Times could justifiably claim to have a strong ad-free UX on their subscription product, but that’s not sports-specific and certainly doesn’t have the local detail of The Athletic. 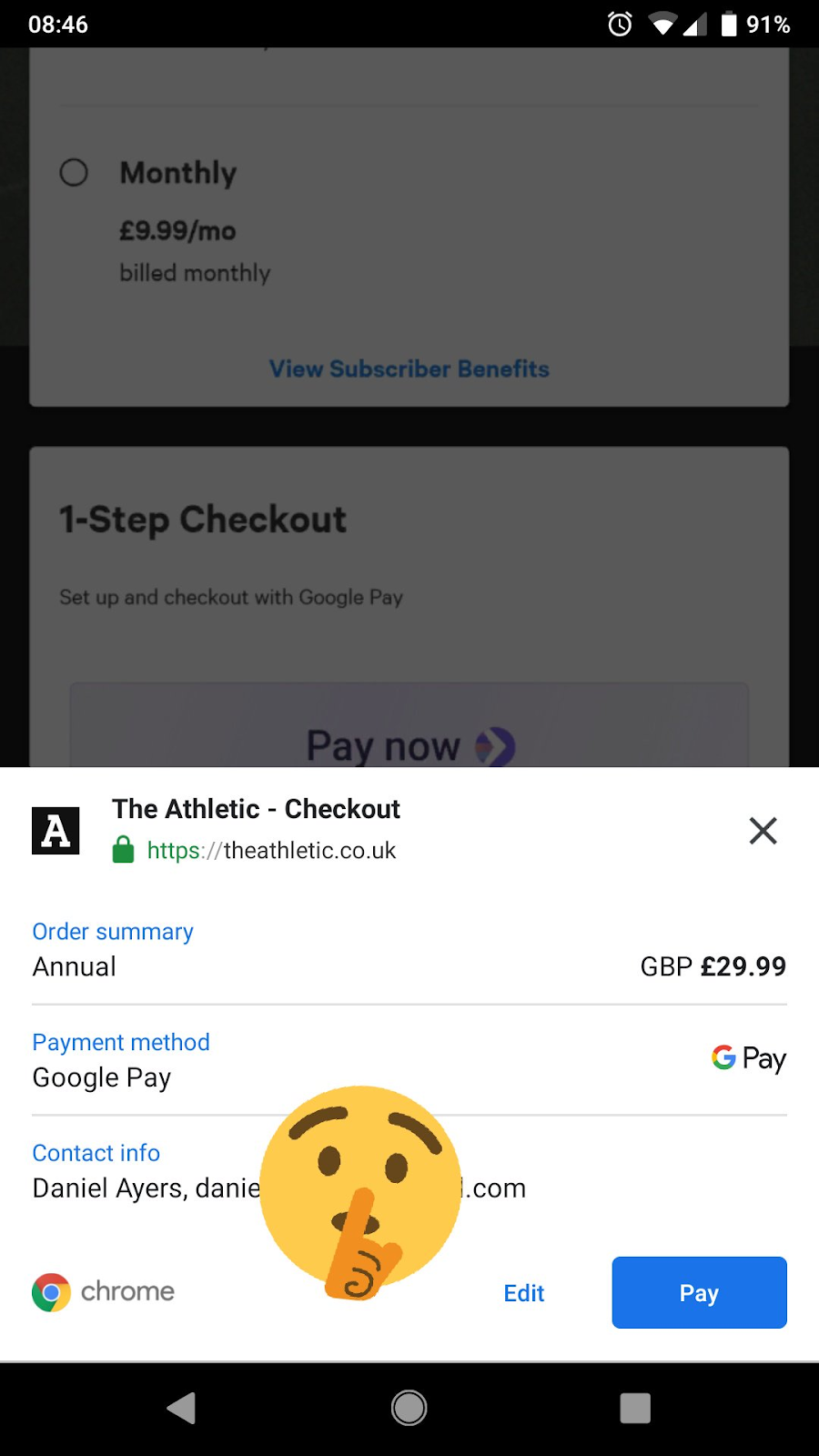 Onboarding is a subset of user experience, but it’s done very well.

All of the marketing (search ads, social media posts etc) links new users straight to a subscription page where payment can be taken in literally one click.

The payment process depends slightly on the user’s device and preferred payment method, but for me on an Android phone with Google Pay set up, I was a paid-up user in less than 10 seconds and without having to manually complete any fields - they had my money before I’d even created a user account.

Ironically the subsequent account activation and login process is slightly cumbersome (you’re not immediately logged in just because you’ve paid, and you have to realise you’ve been sent an email with an activation link to set a password) but hey, by that point you’re committed.

Any amount of friction in the payment process will negatively affect cost-per-acquisition, and when you’re a start-up taking $32m in annual subscription revenues without yet being profitable, smoothing the conversion funnel is extremely important. 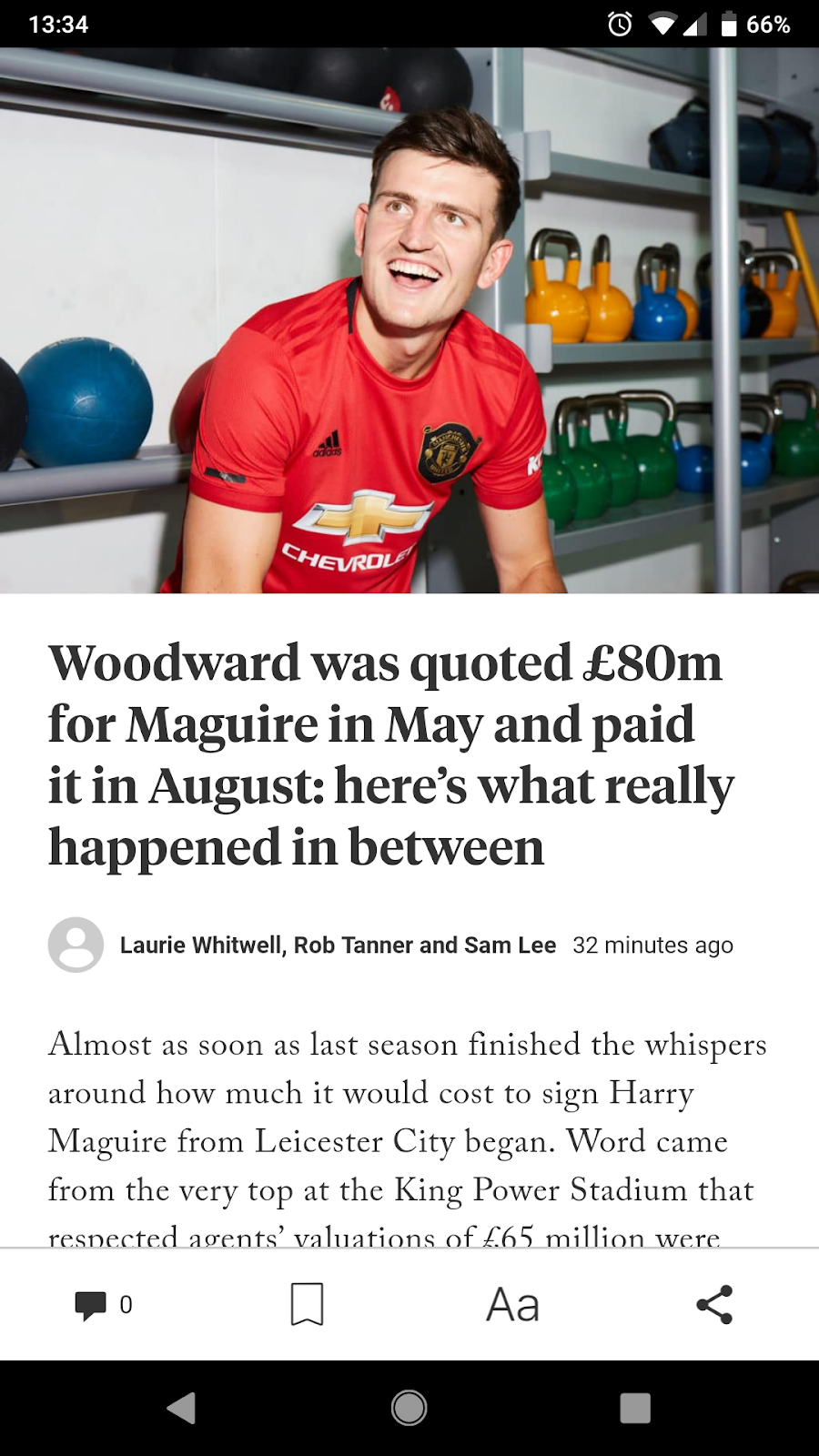 The first few days of content has been mostly excellent - articles offering real insight into player and club stories.

Within an hour of Harry Maguire’s Manchester United transfer being announced, former Leicester Mercury writer Rob Tanner had a very detailed account of the behind-scenes story of the deal.

It felt so close to the executives involved in fact that you wonder whether the various club sources will remain as open in the future; while local papers are often amongst a club’s fiercest critics in the down times, there is generally a symbiotic relationship which benefits both parties and smooths over any issues. It’s difficult to see the same value being attributed to The Athletic by a club.

The only misstep so far was a take on the Secret Footballer format called The Owner; it was written/ ghosted by an unsympathetic EFL club owner and was ego-driven and sensationalist.

“I’m a tough taskmaster though. If you work for me, I’m on top of you. If you’ve sold a million subscriptions to this app this month, how can you get to two million? I want more from you all the time. I want to get 100 per cent... The day I’m happy, I’ll stop. I’m greedy for more every day. I’m like that with my personal life too: sex, love, my wife. I want more all the time. People migrate towards that intensity even if it’s too much for some people.” 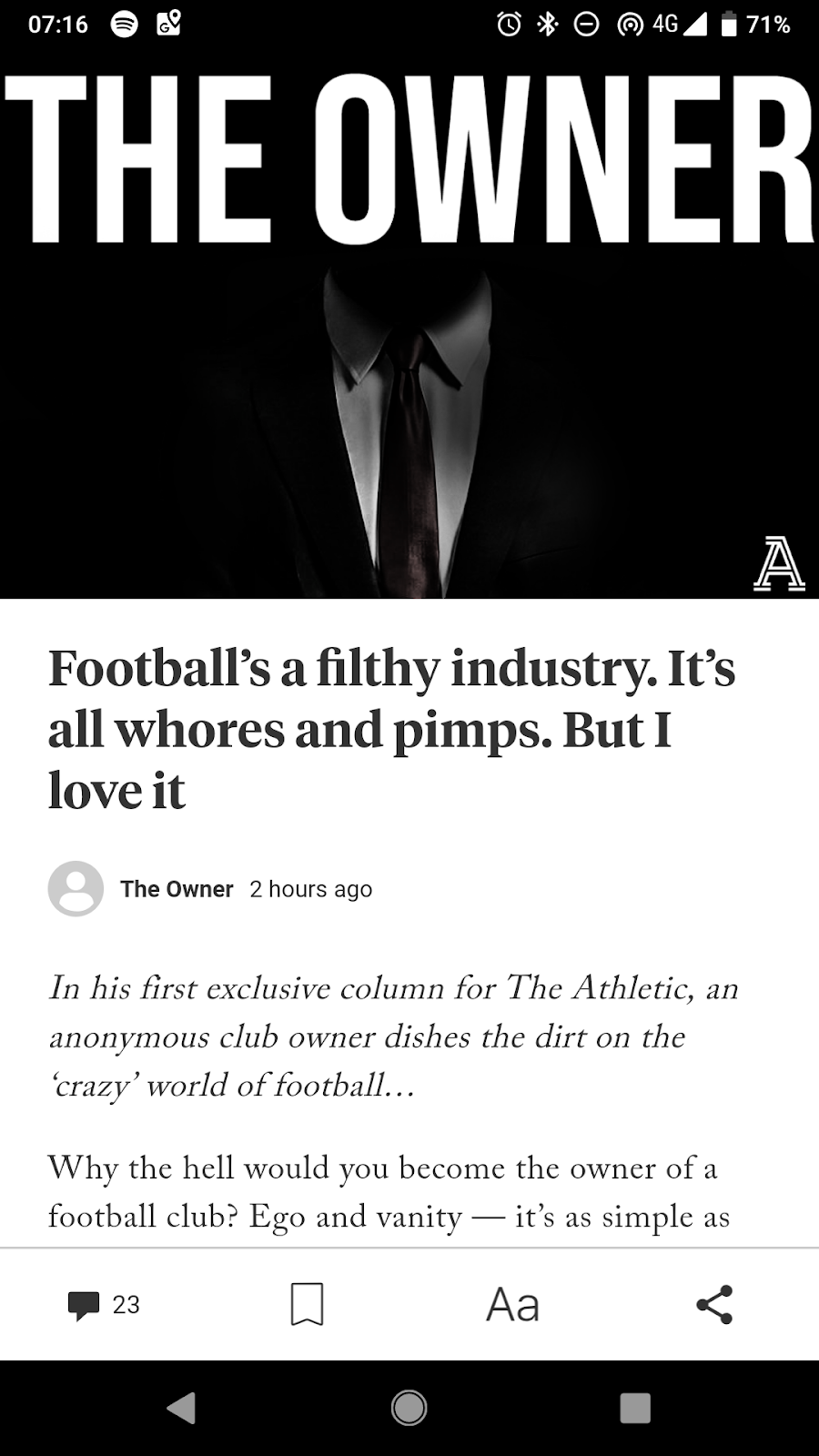 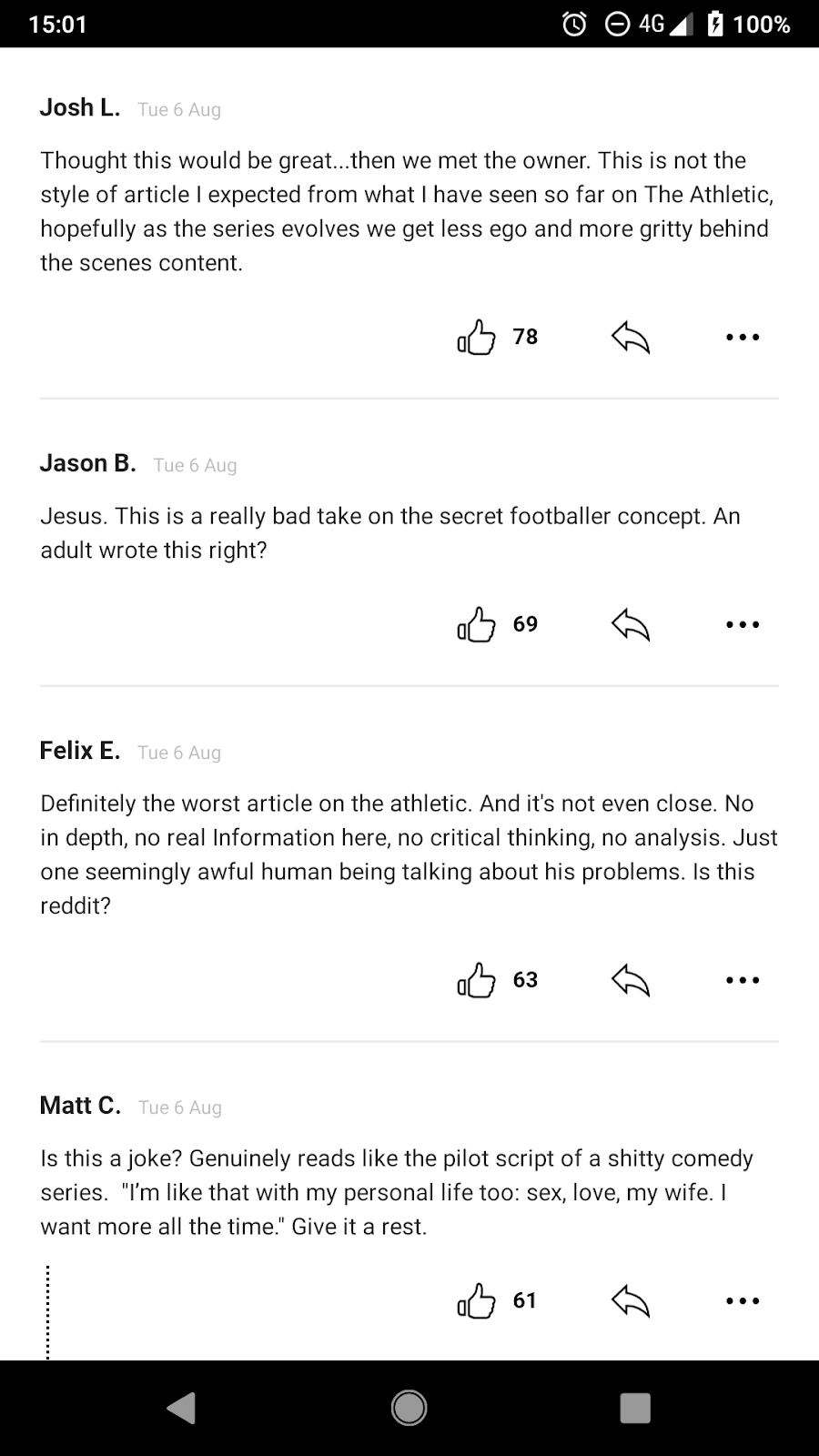 It was revealing to see the tone of the comments under the article - 80:20 along the lines that this was well below the standard The Athletic had set, and essentially exactly the kind of content people had subscribed to get away from.

Nevertheless, what’s there none of is:

Articles based on tweets by players

Articles based on tweets by fans

Articles based on tweets by pundits

… and that can only be a good thing.

And what challenges are coming their way?

Twelve months on, it’s hard to think of another article that’s made a similar impact and that’s at least in part because there’s a finite supply of articulate top-level talent with interesting stories.

The Athletic shouldn’t have that problem - they’ve hired people who are professionally good at writing, after all - but how many behind-scenes stories are there to tell before they blend in to one?

Particularly around this time next year, when everyone’s half-price subscriptions need renewing at full-price.

It was interesting to see over the first weekend of the Premier League season that matchday content was mostly absent; the Saturday morning saw new articles about Arjen Robben goals and an old Arsenal kit. Maybe that’s an area where they feel there’s no benefit in trying to compete.

The app’s community features - live Q&As around matches, and forums due to launch for teams and topics - will have a role to play in retention here.  But that takes us on to…

We mentioned the comment threads earlier - and so far these are working well.

Generally civil discourse between broadly like-minded people who like football and like quality writing, with regular responses from journalists BTL.

Exactly what the internet was meant for, right.

What we haven’t had yet is a Manchester United - Liverpool match. Or Spurs - Arsenal. Or Rangers - Celtic.

And however much American sports fans might be passionate, the app will not have experienced anything like those events before.

From Twitter and Facebook to the BBC, moderation is a huge undertaking. If The Athletic reach the scale they want to reach, they’re going to have to handle that.

It’s hard to predict how big The Athletic could go in the UK; not least because not all of the factors are in their control.

They can invest £10m in marketing and they certainly have nice enough tech to make an entry into the market (there’s a good Benedict Evans article on why that’s useful, here).

But they can’t control all the other demands on sports fans’ money.

7L’s Lewis Wiltshire assessed the recent Disney+ announcement of their US bundle which will include ESPN+.

Subscription fatigue will undoubtedly become a factor and there’s very likely to be a consolidation of services (a rebundling) over the next 3-4 years as consumers choose the TV, music, sports and any other entertainment packages that they can afford.

And in this context, The Guardian and the BBC do provide competitive quality content for free, albeit not quite in the same depth per-club.

Personally I’d be very happy to see The Athletic succeed. They deserve credit for focusing on quality output and being ad-free.

Their managing director Ed Malyon’s target for the UK is to be profitable in the UK within 1-2 years. Good luck to them.

Young people are the future....